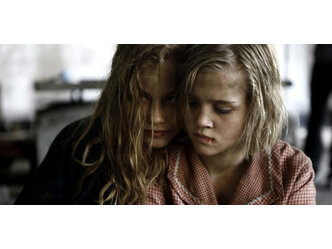 Lore, directed by Cate Shortland, is a 2012 adaptation of The Dark Room (2001), written by Rachel Seiffert. The movie portrays the immediate events precipitated by the fall of the Third Reich, the ever-dominant 1940's Nazi party responsible for the Holocaust. The movie follows a 14 year old girl named Lore, the daughter of a Nazi officer, must travel with her younger siblings across a war-torn Germany following the imprisonment of her parents by the Allied forces.