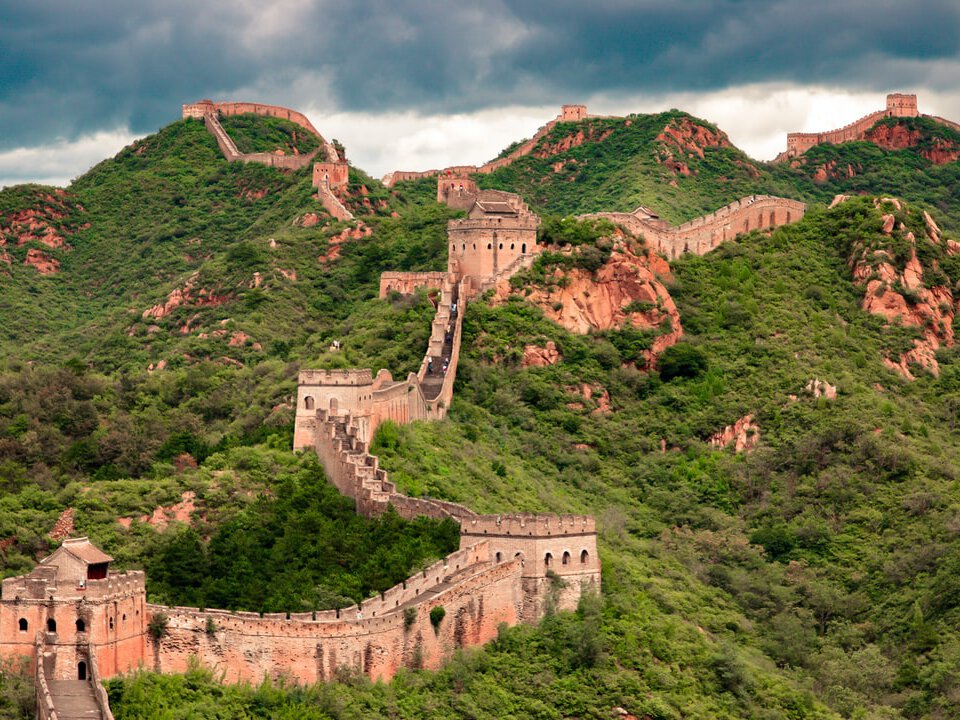 ~ PASSPORTal ~ The Great Wall of China is an ancient series of walls and fortifications, originally conceived by Emperor Qin Shi Huang in the third century B.C. to prevent incursions from barbarian nomads. It was built by China’s emperors to protect their territory. Its best-known and best-preserved section was built during the Ming dynasty (14th-17th centuries). It's a symbol of chinese civilization’s enduring strength, even though it never effectively prevented invaders from entering China.