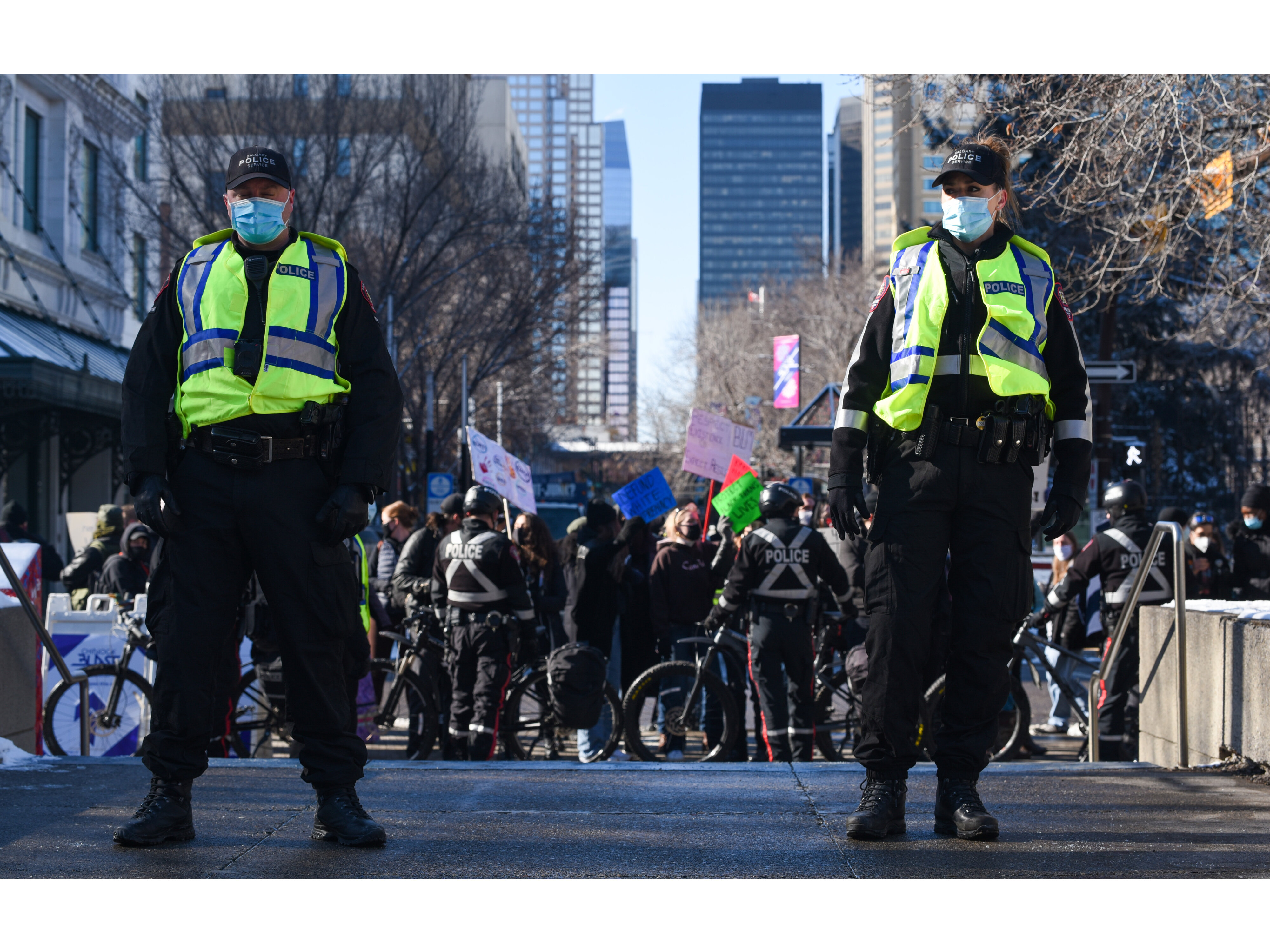 Anti-maskers and counter-protesters clash outside of Calgary's city hall

Tiki torches, Trump flags, and rallying cries for freedom took centre stage in downtown Calgary on Sunday, Feb. 27. A protest dubbed "Walk for Freedom" was slated to take place, resembling a similar demonstration in Edmonton the week prior. Riddled with controversy, the actions that took place on the day caused a division amongst many; and were later denounced by elected officials.