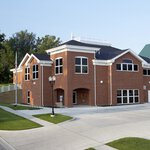 Your local librarians love true crime, so we couldn't help ourselves but to bring a bit of library related true crime to you this week! While we don't necessarily discuss books in this episode, we have included episode-adjacent links here!

Check out our recommendations for this collection, hand-picked by our editors!
79 item