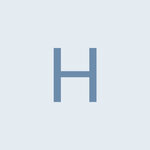 Check out our recommendations for this collection, hand-picked by our editors!
18 item

US elections and transition